find more info below. and enjoy our event presentation. thank you.

What is our solution?

To provide the context in which leaders become aware of self behaviours and practices that affect people and organizations performance.

And what is different?

√Based on an initiatic journey model

√In a group coaching format

The group of participants, accompanied by two coaches need to reach Delphi, the final destination, by completing different tasks, case studies and activities while also taking time to pause, reflect and discuss about the events they go through

The participants receive a business case study they need to work on and solve during the trip.

Participants are faced with real life challenges and unexpected situations meant to bring out their reactions, behaviours and decisions in such circumstances. 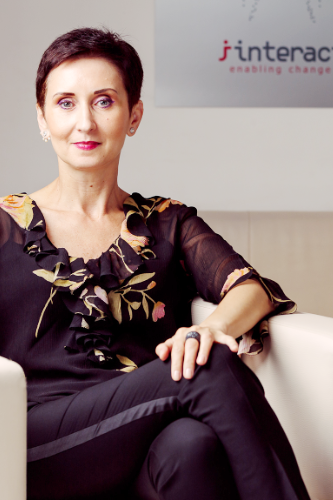 With an Executive Master in Coaching and Consulting for Change from INSEAD and more than 6 years of experience in executive coaching, Georgeta Dendrino is the main coach and designer of this program. She is the Managing Director of Interact and has more than 18 years of experience in the field of training and consultancy and more than six years in coaching. She has developed and delivered training programs for managerial teams from top to middle management, and has been a team leader in various consultancy projects. She has developed various business simulations and teambuilding programs. Working with major industries such as Banks, Construction, pharmaceutical and oil. Georgeta is a member of The Executive Board of AMCOR (Romanian Management Consultancies Association) and member of the Romanian Human Resources Club.